We never intended for the move-in to be the end of the blog, but I’m sure it must seem like that considering how long it has been since the last post.  A year ago our intention was to try to be done with the rehab project during the summer so that we would have ample time to to unpack and continue to make the house inhabitable before school started (Amy and I are both teachers, remember?).  Well, that didn’t happen.  I will spare you the whole “we were so busy…  yada, yada, yada” spiel and just get right back to where we left off…

Remember all those pictures I took after we moved-in?  They were all warm, bright, glowy, and made it look we would soon be living in a Pinterest house, right?  Well, much like the rest of the human race, we are sometimes selective about what we display on social media .  It’s only natural for us to want to only show the nice stuff that makes it look like all our hard work paid off.  Pictures like this…

Edit from Amy: I see hanging cable for non existent fixtures and a desperate and serious need for Killz primer. On the postive side you should know that having the laundry upstairs has changed my life forever. Forever.

…made it seem like we were just a couple coats of paint away from being ready for a home tour.

Well, let me give you the reality photo tour.  We have not had time to even unpack, let alone do much to continue the renovation project.  Many of our rooms still look like this:

Edit from Amy: Actually, it looks worse in there. The land mine piles of little lego pieces are wearing thin on my feet.

Edit from Amy: At least the wrapping paper is easy at hand.

In fact, see that sign on the wall that indicates it’s a living room?  Yep, still there…  as if to remind us in case we forgot that it’s not supposed to be a storage room.

Not only has the unpacking been slow or non-existent, but many rehab issues have gone neglected.  Such as…

Edit from Amy: It’s cool, I’m still excited to have working electricity. These “temporary” bulbs will never get old.

Many areas were still missing trim, leaving us with exposed crumbling plaster…

Or even just big gaping holes. 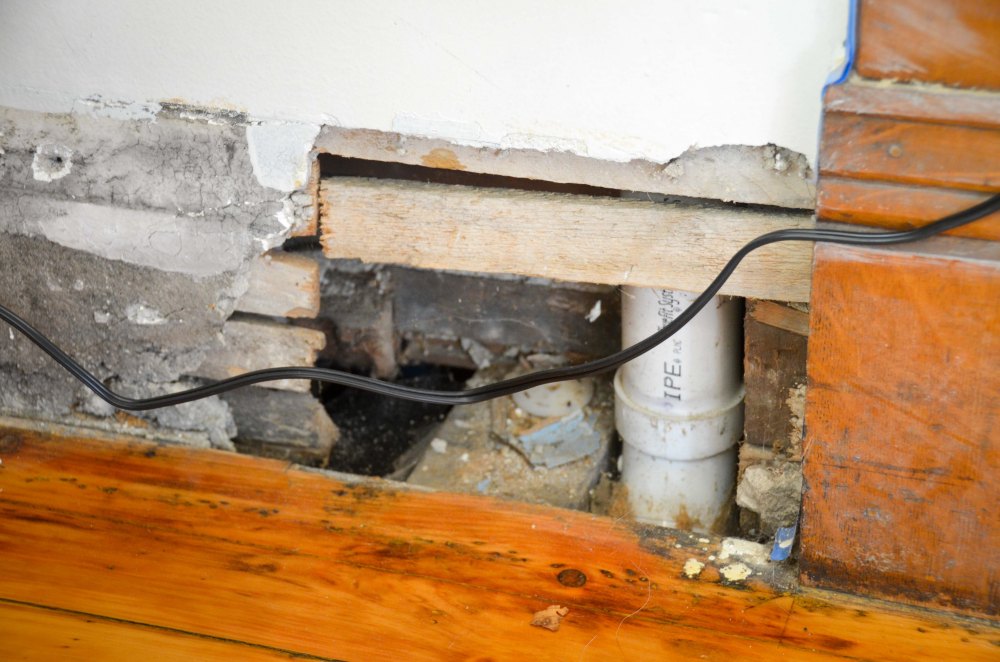 Edit from Amy: Where all the tiny toys go to be forgotten.

All of our soon-to-be fancy custom sconce lighting still looks like this.

The back porch remains a scrap and lumber yard.

The backyard doesn’t look much better.

None of the window casing has been added to the new upstairs windows. 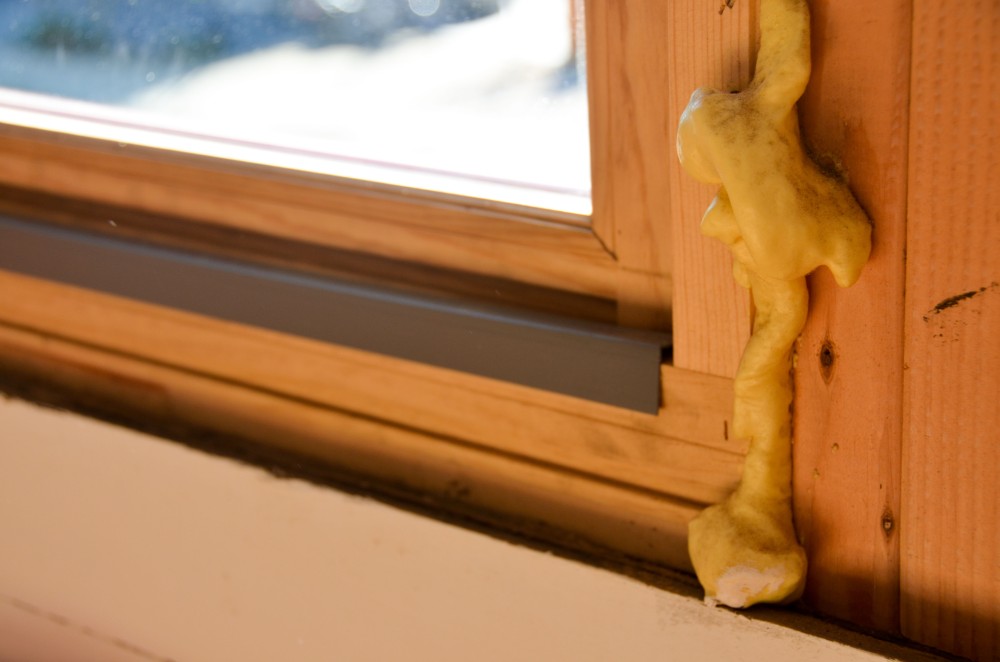 None of our grates had been re-installed because we were waiting to sand blast and paint them.

Our stairs still look like this, which prompts Lucy to occasionally ask, “Daddy, when are we going to clean our stairs?”

The good news is that Amy and I have now passed through the six official stages of moving into a partially renovated house!

Stage 2 (Defiance) – “We could totally live like this forever.  What’s the big deal?  See, who really needs doors on bedrooms and bathrooms anyway?” “I don’t.”

Stage 3 (Quick Fixes) – “Fine.  I’ll just put this large cork board in my doorway to create the illusion of privacy.”

Stage 4 (Complacency) – “We have lived with the house like this for months now, what’s the rush to get anything else done?  This is how everyone lives, right?  Right!?”

Stage 5 (Annoyance) – “Why can’t I find anything?  Why are all these boxes still in my way?  Why are all our walls still white…  and empty?!”

The past few months haven’t been a complete zero.  We did manage to clean up and paint those grates, the backyard looks just a tiny bit more respectable today, and (believe it or not) I have actually been working pretty diligently on re-installing the old trim.  It seems like this would be as simple as just putting it back where it came from and tapping in a few nails.  Nope.  Problem is, the areas where the old trim was removed no longer exist as they were.  This means I have been making lists of wall/door dimensions and taking stock of all our trim to see how I can re-use everything we have as efficiently as possible.  Plus, we had a lot of trim and it was all incredibly dirty and in need of much cleaning, sanding, and nail removal.

I managed to complete the entrance to the kitchen, entrance to basement, and doorway for the downstairs bathroom and trimmed out with our old doors, casing, and baseboards.

Installing old door jambs into new spaces was a little trickier than I anticipated.  It involved a lot of measuring, nudging, leveling, re-measuring, testing, and re-doing (if necessary).  Then, once the door jamb and door are installed, getting the casing to fit as if it was originally installed in that spot is even trickier, especially if it involves new drywall that doesn’t line up flush with the door jamb.  But, after a little tweaking here and there we ended up with a decent final product.  Just don’t inspect it too carefully.

I decided to tackle the trim because I could work on it in small stages and the thought of unpacking seemed way too daunting.  Our main stress was that we didn’t feel like we could unpack yet because we didn’t have storage areas.  The reality is that we DO have areas for storage, but they were so low on our rehab priority list that they remained unfinished.  Realizing this, we now had a clear goal…  tackle all storage areas!

One area was the master bedroom closet.  It didn’t need much work, just a really good cleaning and a fresh coat of paint.

We scraped off the remaining linoleum that we were too lazy to do the first time around, scrubbed the walls numerous times, primed, and did a little cosmetic work on the plaster cracks.  (I decided it wasn’t worth it to do a full-fledged plaster repair job)

We still need to finish painting the exterior, but it functions as a closet now!

Speaking of closets, there were originally two of them downstairs.

These closets were demolished to make room for the new stairs.  That was a sad day.  These doors and were just too beautiful not to incorporate somewhere else in the house.  One door was installed for the entrance to the basement.  We finally got around to cleaning out the upper storage space and now use it for backpacking and camping gear.

The dining room features a big, beautiful, built-in.  But up until now, the built-in was a very fancy tool storage cabinet.  It took several hours, but I finally got all the tools organized in tool boxes and moved everything to the basement – my new work area.  Amy then spent a couple hours cleaning the built-in.

It’s not completely done yet (re-painting the inside and getting new glass for the doors), but at least we can use it to store stuff!

A big motivation to clean out the dining room COMPLETELY was the Thanksgiving holiday meal.  We thought it would be nice to move the kitchen table into the dining room and have a semi-fancy dinner.

In the re-located downstairs bathroom there is now a closet that used to be the entrance to the old stairs.  We kept some of the stairs as a way to save a bit of history and also utilize some vertical space.

Once again, this was a lot of storage just waiting to be used.  All we needed to do was clean it up and install shelving.

Amy took the time to scrub down the walls, got  everything primed, and cleaned up the stairs.

We also realized we had a TON of storage in the loft which, let’s face it, isn’t going to be finished in the very near future.

But our most gratifying and fun project was one that we have been looking forward to since we drew up the original floor plans a year and a half ago…  the hidden book nook under the stairs!

After we moved in, the area looked like this…

…but we have always had a  clear vision for what it could become.  Check out our next blog post to see what we did with this space!

Our house still has a LONG way to go and we will have many updates on big projects still coming up, but in the meantime Amy and I will appreciate the little things.  Like a freshly cut Christmas tree next to our old fireplace…